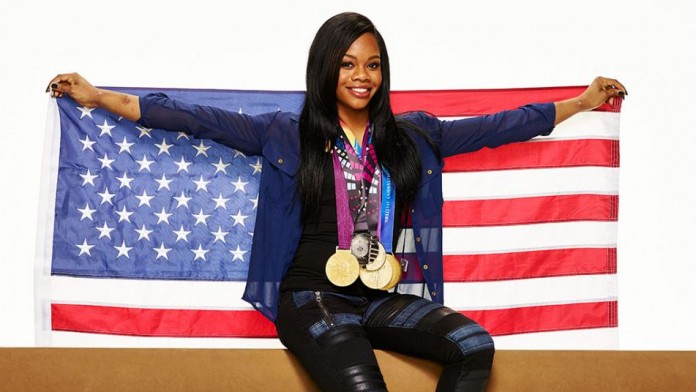 Despite Gabby Douglas’s phenomenal history making performance at the London 2012 Olympic Games, her accomplishments since then, and now with the Final Five US Women Gymnastics’ team  in Rio, trolls still managed to find ways to bully her. First they attacked her hair (in this case, her edges), then vilified her, for not placing hand over heart, during the medal ceremony.

I find it incredibly troubling to note, the vicious and demeaning “nappy hair” comments started within the black community. One that Gabby and I belong to. As a side note, the majority of black women, are known for being overly concerned, intensely preoccupied, and incredibly vain, when it comes to their hair. Upkeep is expensive, but sometimes other responsibilities take a back seat to the beauty shop. Hair must always slay! By any means necessary. It is not uncommon for some women to sacrifice health (cut exercise), to keep up a certain look.

I also think it’s incredibly distressing, that the same people who have been marginalized, oppressed, and discriminated against, would take it upon themselves to initiate the attacks. I expected only the loudest cheers of support and praise. Nothing  less. The Olympics is a sporting event, NOT a hair show.  I was, however, encouraged by celebrities who used their star power, to publicly offer encouragement and support, at a time when she desperately needed it.

Next, other groups started attacking Gabby for her supposed lack of patriotism. The ignorance was loud and deafening. Not every athlete at Rio (or any other Olympics) placed hand over heart during the American anthem. Some did, others laughed, cried, smiled, stared into the unknown. It’s common for hands to be either in front, or at the sides. As a litmus test example, one American soldier, Sam Kendricks, stopped in the middle of his Pole Vault performance, and stood at attention, when the anthem started playing. No hand was placed over heart. He didn’t have to.

I’m inclined to think medaling in any event as big as the Olympics, often elicits a paramount of emotions. No one should be judged, by how they respond while the anthem is being played. Now, total disrespect, is a horse of a different color. There is NO law or practice to dictate what to do during this time. My heart went out to her, as she fought back tears during an interview, where she was asked to address the trolling.

I’m also at a loss as to why everyone cannot simply enjoy THIS moment in history. The Final Five is now the most successful, and decorated female gymnastics team ever. A truly amazing feat. One that deserves the highest levels of respect, appreciation, and admiration. Sadly, there is always the “special attention seeking few” who choose to cloud an accomplishment.

To the ones who participated in this inexcusable behavior, I hope you’re all proud of yourselves! No one will remember you, BUT, they will remember the achievements of these fabulous young women, Gabby included! I am sure Gabby doesn’t need me to defend her. No. I think she is quite capable of standing up for herself. One doesn’t get to where she is, and not have a few life affirming experiences, with which to battle the storms.

For all the haters, detractors, trolls, negative Nancy’s; have a seat! As a matter of fact, have several. Stay in your own lane. The fact that you would publicly attack someone you’ve never met,  who worked so hard to help her country win, became a role model to millions of girls in the process, and focus on something so trivial like her hair style, says more about you, than it could ever do about her. You are a troll. Plain and simple. So, how many medals have you won for your country? My guess is NONE.

Let’s say for argument’s sake, Gabby, or anyone else, decides to wear their hair curly, straight, kinky, braided etc. What exactly did she do wrong? Her hair didn’t get in the way of winning. Consider for a moment, if that was your daughter on the world’s biggest sporting stage. The pressure to do well is not for the fainthearted. She won. However, people who don’t know her personally, have begun attacking her for no reason. Doesn’t feel good with the shoe on the other foot, now does it? Society is constantly telling us, we’re not good enough. On the contrary, we are. Always have been. Always will.

Furthermore, the next time you decide to write negative and offensive statements, whether it’s about Gabby or someone else, PLEASE, have a long look in the mirror, and figure out how you got to this point. The rest of us, don’t want any part of what you’re selling. You might get attention for fifteen minutes, but very soon, you’ll be seen for what you are.  Remember, you’ll catch a lot more flies with honey, than vinegar.

Gabby has accomplished MORE than half of you put together, in your lifetimes. Besides being a three-time gold medal Olympic champion, she has released a memoir.  Landed a reality show. Created her own leotard clothing line. This year, Barbie launched The Gabby Douglas doll.  On a side note, when this post was published, news broke that Gabby has been tapped as a judge, on the Miss America 2017 pageant. I’m willing to bet the accolades and accomplishments doesn’t end there.

Gabby is a role model for every young girl, sat at home, watched the Olympics, and dreamt of representing her country (not necessarily in gymnastics). Millions of us are immensely proud of her efforts. In 2012, she was th BEST in the world! This time around she still managed to help Team USA win gold, again. Little girls who most likely turned to their mothers, with sparkling, wide-eyed innocence, and asked “Mom, can I do that?”, to which came the response “Of course you can baby. And one day you will!”

Gabby, I hope you’re too busy writing the next phase of your life, to bother giving a spearing thought to any of these detractors. Continue to show the world just how great you are.  And long after you’ve retired from gymnastics, you’ll still be blazing trails. I know being in the public eye, and having your every move scrutinized, can’t be easy. Sadly, people think its open season to hide behind their keyboards, and become instant experts on every and anything.

You’re a BADASS. Entrepreneur. Author. Role Model. Olympic Champion. You will ALWAYS have these things to look back on. No one can take them away from you. Happily, it’s not the only label that defines you. We think you’re strong, capable, gracious, and resilient.

So carry on. Get up and own it. We are all cheering for you. Because..”Still You Rise”

Translate Site Into Your Language

One Chance to See the World
Ron Tamir Nehr