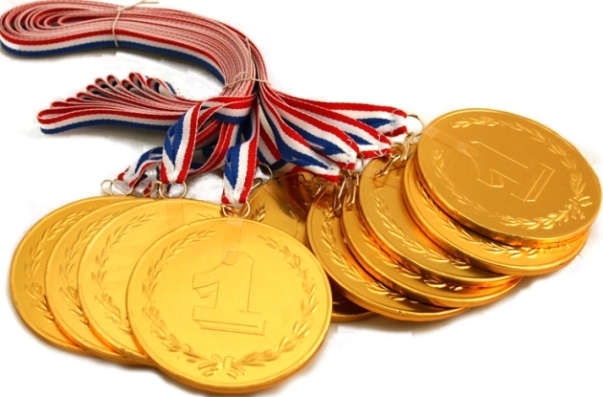 Fave Olympic memories:  Michael Phelps became the most decorated Olympian of all time. Sarah Attar is Saudi Arabia’s first female track and field athlete. The word “no” is not in Oscar Pistorius‘s vocabulary. He made history as the first double amputee to compete in the Olympics. Gabby Douglas is the first African-American to win two of gymnastics most coveted crown; gold in the all round and Individual event. Kayla Harrison overcame sexual abuse and other tragedies, to become the first US woman to win gold in Judo.

These athletes have received and will receive their fair share of praise. And sadly criticism. The court of public opinion is now in session. Enter the pundits. Acting as Judge. Jury. And frothing-at-the-mouth Prosecutor. Michael Phelps uses marijuana. Oscar has an unfair advantage over the other athletes. Gabby’s hair. And Attar? Sacrilegious!! I mean off with her head.

Each of us is an Olympian. No, we’re not competing on sports biggest state. We will not accept medals in front of millions of viewers.  Forget about the endorsement deals. And victory parades. Furthermore, countries wont cheer for us. BUT. We’re working on something far more personally rewarding. We celebrate small victories many will never know about. Day by day. Hour by hour. We claw away at life. Putting one foot in front of the other. Simply because, we don’t have four more years to refocus. Train. Try again. No. Today is all we get. There are no do-over’s. Or second chances. To make things right.

Oscar Pistorius finished last in the relay . There was not an ounce of self-pity in his post race interview. He accomplished his goal. He won. Made history in the process. Disability is not inability. We need to be able to say we lost, but still made history. For ourselves! You and I might be far behind. Some have finished their leg of the race. Eons ago. The rest might be lapping us. Or so it seem. Our finish line might seem unattainable. It’s okay. All is well.  It’s fine. We are running a race only we know how to finish. Because no one else can do it for us.

We are competing in our very own Olympic games now. This very moment. Every day. On our stage. Our terms. When we make the decision to “go for the gold”. It’s our gold. No one else’s. Because we are not in competition with anyone else. Just the man or woman in the mirror. There have been many false starts. Stops. Injuries. Losses. Wins. But. We keep fighting. Because we cannot lose sight of the prize. There is too much at stake.

Love this quote, by one of the greatest men ever to play basketball. Micheal Jordan :”I’ve missed more than 9000 shots in my career. I’ve lost almost 300 games. 26 times, I’ve been trusted to take the game winning shot and missed. I’ve failed over and over and over again in my life. And that is why I succeed.”